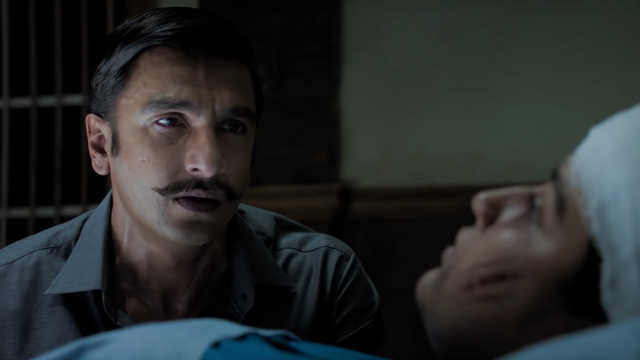 Last year Bollywood actor Ranveer Singh’s movie ‘Simmba’ has come into controversy after the release. Many people had protested against Rape Scene in the movie. Regarding this, the director of ‘Simmba’, Rohit Shetty gave his answer on this whole issue. Meanwhile, on the questioning of Simmba Rape Scene, actor Ranveer Singh has given a big statement now.

In the media, Ranveer Singh has said in one of his interviews that he is never surprised and upset with critics. At the same time, he asked about the question asked on Rape Scene, that the director of the ‘Simmba’ can answer it well. Ranvir Singh said, “I was not surprised by such criticism. Rohit Shetty is the best person to answer these for such a question. I beg the people not to take this seriously. Simmba is an entertaining film.“

Significantly, the scene that has been shown in the movie ‘Simmba’ is disputed to a great extent. In the past also there was a dispute over Rape Scene, director Rohit Shetty had said in his statement, “This is not the first time a serious issue like rape is being shown in any film. Since it is a commercial platform, people see it differently. But when you see the film, when you understand its reality, it will be quite easy. The film has been released without any cuts.”

Ranveer Singh and Sarah Ali Khan’s movie ‘Simmba’ is a Big Hit at the Box Office. The film has collected over 230 crores in just 25 days. The film got the full benefit of solo release. ‘Simmba’ has become the third highest-grossing film of the year 2018. Sanju had a Box Office of 341 Crores net, Padmavat had a business of 280 Crores net plus. ‘Simmba’ is a remake of South’s super hit film Temper.

After this movie, Ranveer Singh is in the news about his next film Gully Boy. The story of Gully Boy is the story of a simple Muslim family living in the slums of Mumbai, which is financially vulnerable and whose dream is to become a wrapper. Apart from Ranveer Singh in the film, Alia Bhatt is also in the lead role. His character is also a Muslim girl in the film. In addition to this two, actress Kalki Koechlin will also be seen in the film.