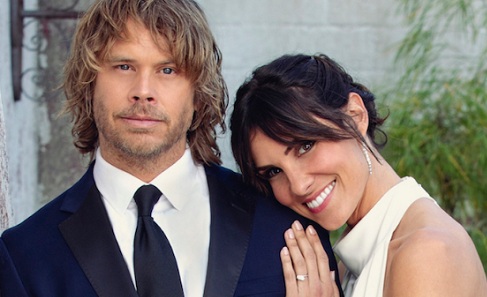 NCIS Los Angeles season 13 starting with the agents will undertake new and more dangerous investigations on a weekly basis. While audience love the relationship between Marty Deeks and Kensi Blye played by actress Daniela Ruah, they haven’t always worked together. In fact, Kensi (Daniela Ruah) had a very different partner in the NCIS Los Angeles series beginning.

Marty Deeks may seem like a important member of the team but he wasn’t always an integral part of the show. Unlike his wife Kensi Blye, Callen and Sam Hanna, Deeks wasn’t in NCIS Los Angeles from the very beginning. Deeks appeared in a couple of episodes in season one as part of an investigation but only had a small role. It was season two when Deeks became a series regular and a fan-favourite. Before series two, Kensi had a different partner working alongside her.

Who Was Daniela Ruah’s Partner Before Deeks In The NCIS Los Angeles Series ?

In NCIS Los Angeles’s first ever episode, viewers were introduced to the team, including Dominic Vail played by actor Adam Jamal Craig. Dominic Vail was an MIT graduate who moved to Los Angeles to work for NCIS team after his graduation. He was quickly partnered up with Kensi who acted as Dominic Vail’s instructor, teaching him the tricks of the trade as a field agent.

Dominic Vail didn’t discuss what he had studied before joining NCIS Los Angeles team but he had a way with computers with the IT guy even commenting how he “makes a pretty good geek for a field agent.”

Fresh out of university and just a few weeks into his new job, Dominic Vail was kidnapped in the episode Past Lives. Later, it was revealed that Dominic had been taken by professional criminals who had been hired by Islamic militants. They had taken Domnic in the hope of a prisoner exchange for one of their own men. In the episode Found, NCIS Los Angeles team discovered where they were keeping Dominic and were sent on a rescue mission.