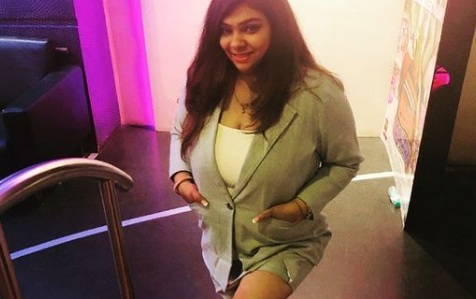 One of the energetic and young film producers that Bollywood has is none other than Disha Jha. You are guessing who is Disha Jha ? Well, Disha Jha is the founder of Pen Papers Scissors Entertainment and Dramaking Entertainment Pvt. Ltd. She is an adopted daughter of famous producer & director Prakash Jha. Born on 8th March 1988 (International Women’s Day), Disha Jha produced the movie Fraud Saiyaan in the year 2019.

In the year 1988, an orphanage in Delhi where Prakash Jha was used to volunteering called and informed that a 10 days-old-infant was found under cinema seat with high sick. The baby had a viral infection with bitted by rats and insects. Prakash Jha has taken care of that baby for the next 10 days till it becomes fit again. From there on he started the process of adopting this baby.

Who Gave The Name Disha Jha ?

When Prakash Jha started the process of adopting the missing baby which he found under the theatre seat, that time he was busy in Doordarshan serials and Deepti Naval was too busy in her work. Since both Prakash Jha and Deepti Naval gets a divorce in that particular year some media channels spread the news that the adopted baby was the reason. But, it was Deepti Naval who gave the name to that baby as Disha Jha.

Disha Jha’s school life education was completed at Panchgani. Her health is a worrying factor, especially her weight. A father is the best one to realize that. Prakash Jha always tells her to watch her weight. Sometimes she hates, sometimes she rebels now she has stuck to a diet and taking care of her health. She studied till class 12 after that joins film production. At the age of 18, she learned to drive a car. From there on she learned to develop as an independent person. Prakash Jha also realized this thing and give her own space. Both now living in an independent home. Disha Jha now has her own home, manages expenses and gets salary.

Disha Jha surprised Prakash Jha when she came up with a script, and says if he liked the script then should finance it. Later Prakash Jha produced Disha Jha’s first production movie Fraud Saiyaan.

Where Is From Prakash Jha ?

Producer Prakash Jha was born on 27th February 1952. He is from Bihar, India. His childhood was raised at Bettiah, Bihar.

Yes, producer Prakash Jha was married. In the year 1985, he once married actress Deepti Naval. Both adopted a daughter Disha. 17 years later in the year 2002, they get a divorce. Later, Deepti Naval was in a relationship with Late Vinod Pandit.

Who Is The Wife Of Prakash Jha ?

Actress Deepti Naval was the wife of Prakash Jha. Though both divorced together in the year 2002.

What Is The Age Of Prakash Jha ?

Right now Prakash Jha’s age is 69. His daughter Disha Jha celebrated her father’s birthday by making a tweet on the social platform Twitter.

Despite the divorce 19 years ago both Deepti Naval and Prakash Jha were on cordial terms. The reason is Disha. Both loved their daughter very much. Deepti Naval discloses what’s gone wrong in their relationship. According to her, “There was no rift or quarrel between us ever but our path was opposite. I want to become more popular as an actress and he went to Delhi. Had I gave more time to it the result could have been different. I failed to understand the meaning of marriage. Now I am realizing too. I missed a greatly talented person in front of myself.”

On the other hand, Prakash Jha reveals too about his married life. He said, “Deepti is an intelligent lady. She is an actress, singer and painter. Though we are living separately but she always comes to my office. Not a single day goes where she didn’t come to my office or I am not in touch with her. We both wanted to excel in our field and staying together creating obstacles in our success. By living separately doesn’t end our relationship. We are living for each every single minute.”

Talking about how Disha Jha created a balance between Deepti Naval and Prakash Jha. He said, “Disha and Deepti always loved each other. Disha always treated her as a mother. Sometimes there was a rift and quarrel but the evening both will go to a party together and enjoy. I and Disha lived together for 5-6 years after that we are living separately. She came to me with a different idea story which I liked and choose her as a financier. Disha always created a balance between me and Deepti. I am proud to have a daughter like her.”