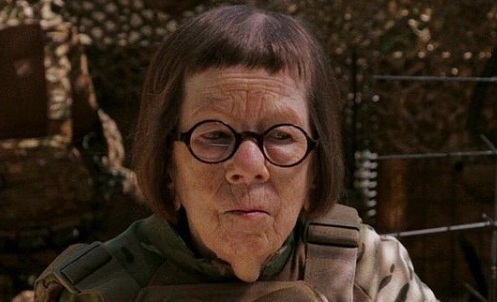 Season 12 of the NCIS Los Angeles series now on its finishing way but fans are still wondering where is Hetty Lange in NCIS Los Angeles. In Season 12 Episode 11, Agent Callen (Chris O’Donnell) was taken by American intelligence as a few Russian “moles” had been stationed in Syria. But after some digging from Fatima Namazi (Medalion Rahimi), it was discovered Hetty Lange was behind all of this. She had gone missing to arrange these moles in Syria and is trying to have these people she has been working with released.

Since Callen has links to Russians (such as his girlfriend Anna Kolcheck played by actress Bar Paly) as a result he was brought in for interrogation because Hetty putting up a lot of question marks. The American intelligence officers aren’t aware though that Hetty is pulling the strings and so keep Callen for questioning.

Does that mean Hetty is somewhere in Syria and if so, will she be able to come to Russia and help Callen out of this tricky situation ? Hardly anyone has an idea exactly where is Hetty Lange in NCIS Los Angeles but she is now playing one of the main storylines in the show which also hints her mysterious storyline could be coming to an end. Will Hetty soon return to take her proper place at NCIS Los Angeles ?

Russia, Russia, Russia was directed by none other than actress Daniela Ruah. The episode also saw the return of Admiral Killbride (Gerald McRaney), a retired navy admiral who works with NCIS Los Angeles on many occasions.