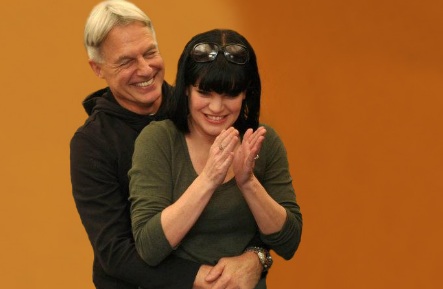 Kelly Kahl president of CBS entertainment addressed the possible ongoing issues between Mark Harmon, who remains on NCIS and Pauley Perrette who spent fifteen seasons on CBS and returns to CBS in mid season comedy Broke.

In June 2019 Pauley Perrette tweeted she was “terrified” of Harmon “attacking” her. She said she was not returning to the NCIS series ever. Whether Pauley Perrette will return to Season 18 of the NCIS Series or not had been discussed here.

According to Vanity Fair, things soured between the two after Mark Harmon’s dog allegedly beat a crew member. Pauley Perrette is returning to CBS in a comedy alongside Jane the Virgin star Jaime Camil. We will be very happy to have her again this year with us. We don’t think she’ll be back with us if she had huge concerns.

Pauley Perrette has taken to Twitter in the past to make claims in May 2018. She implied multiple physical assaults which lead to her exit.

“Pauley Perrette had a terrific run on NCIS and we are all going to miss her. Over a year ago, Pauley Perrette came to us with a workplace concern. We took the matter seriously and work with her to find a resolution. We are committed to a safe work environment on all our shows”, CBS television studio said in response to those tweets in an interview.

Pauley Perrette said she had a feeling that it was time to leave. “I believe in God and the universe so firmly, and it just suddenly became blindingly apparent that now was the time. After a lot of thought, I decided to announce it myself on Twitter because I didn’t want it to be turned into anything ‘shocking’. Abby leaving is more than a cheap TV ploy”, she said.