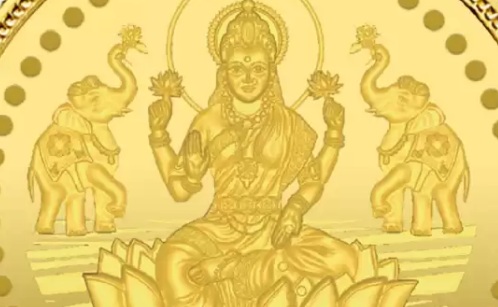 The market of Cryptocurrency or Digital Currency is increasing every day. A year ago the price of a bitcoin in India was 70 thousand rupees and in today’s time, the price of a Bitcoin is 32.76 lakhs rupees. The more its price has been after the digital currency investment, the more it is increasing. Given India’s interest, RBI (Reserve Bank of India) will create its own Cryptocurrency, which will be named Indian Cryptocurrency Lakshmi Coin, and here we are going to tell in detail about this. In such a situation, if you want to know about Digital Currency or want to invest, then you are in the right place.

What Is Indian Cryptocurrency Lakshmi  Coin?

Lakshmi Coin is an Indian Crypto-currency or Virtual Currency, which will be launched by the Indian Government & RBI (Reserve bank of India). It can be bought or sold online, through Internet Service, and will not have any physical existence exactly like Bitcoin. Indian Digital Currency is named Lakshmi because the name of the Goddess of Wealth of India is Laxmi.

In today’s time, there is a total of 200 types of Virtual Currencies all over the world. Whose Market Value is around $15 Billion (Rs. 90,000 Crore). Bitcoin is at the forefront of all digital currency, which alone has held a market value of $10 billion.

As we told you, the Bitcoin investment of Indian people is increasing very fast. Many times the RBI & Income Tax Department has also warned against using Bitcoin. But despite this, some Indian Bitcoin operators want a separate digital currency to be created in India as well.

Is Laxmi Coin A Cryptocurrency ?

According to Laxmi Coin Twitter Offical Page, Laxmi Virtual Currency will be exactly like Bitcoin. You can also buy and sell it online, but its market value will be slightly less than that of Bitcoin and there is no official authority of Bitcoin when RBI will take its authority after the launch of Laxmi Coin. Right now the Indian Government & RBI has not issued any official notice regarding its launch. Because many authorized departments are against it.

How Can I Buy Lakshmi Coins ?

Laxmi Coin is like a share of the Stock Exchange. You can’t touch it and see it. You can buy and sell it only with the help of an Online Digital Currency Wallet or you can convert it into any authorized currency of the world or transfer it to your bank account.

Here we have told about the Digital Currency Laxmi Coin of India. It is also a Cryptocurrency like Bitcoin, but the Indian Government & RBI (Reserve bank of India) has not approved it for use yet. As soon as its confirmation comes, after that, you can Buy & Sell LaxmiCoin from Bitcoin Wallet or any Online Cryptocurrency Wallet.

Is There Any Indian Cryptocurrency ?

Which Cryptocurrency Is Best To Buy In India ?

Apart from Bitcoin, there is five other Cryptocurrency which is best to buy in India. They are Lucky Block, Avalanche, Maker, Ethereum, and Chainlink.