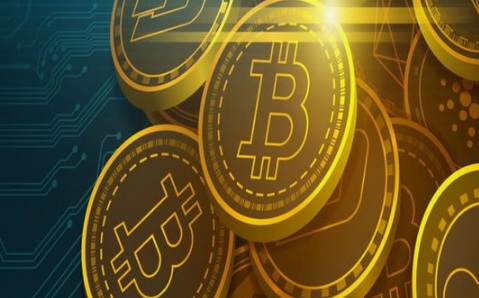 Cryptocurrency is actually a means of financial transactions. Just like the Indian Rupee and the US Dollar, the only difference is that it is virtual and not visible, nor can you touch it. That’s why it is also called digital currency. Cryptocurrency remains the hottest issue of the present time. While its popularity has increased across the world, the number of people investing in it has also increased in India. However, keeping in mind the risk in this unregulated market, the Government of India and the RBI have made preparations to crack down on private digital currency and a bill related to it has been introduced in the current winter session. Most people now have a desire to know about it, so let us tell you what is Cryptocurrency and how it works.

What Is Cryptocurrency And How It Works ?

As we said earlier Cryptocurrency is actually a means of financial transactions. Just like the Indian Rupee and the US Dollar, the only difference is that it is virtual and not visible, nor can you touch it. That’s why it is also called digital currency. Its entire business is done through online mediums only. While there is an intermediary between the transactions of any country’s currency, such as the central bank in India, but the business of crypto has no intermediary and is conducted online by a network. This is the reason why it is known as an unregulated market, which makes someone rich in an instant and throws them to the ground in a jiffy. But despite these ups and downs, its popularity is increasing.

Currently, the world’s most valuable and most popular Cryptocurrency is Bitcoin. After this, if we talk about the second favorite Cryptocurrency, then the name comes to Ethereum. On the other hand, talking about the top 10 digital currencies, these include Polkadot, Tether, Litecoin, Dogecoin, and others. Initially, Bitcoin dominated the crypto market, but over time this market grew and thousands of digital currencies came into play. Today the scope of business of crypto has spread almost to most of the countries of the world.

What Is Cryptocurrency In Simple Words ?

Everywhere there is a theoretical definition of what is Cryptocurrency and how it works. But what is Cryptocurrency in simple words ? Simply put, Cryptocurrency is a type of digital cash system, which is linked to a personal computer chain and is built on computer algorithms. There is no control of any country or government on this. Its popularity is increasing in such a way that many countries have legalized it. Preparations have also begun in El Salvador to build a digital currency-focused Bitcoin city.

The system used to transact Cryptocurrencies is called a Blockchain. These digital currencies are encrypted (coded). It is controlled through a computer network. In this, every transaction is verified by a digital signature. Its record is controlled with the help of cryptography. All this work is done through a computer network. When any transaction takes place in Cryptocurrency, its information is recorded in the Blockchain, that is, it is kept in a block. In short, you can say as Cryptocurrency is decentralized digital money that’s based on Blockchain technology.

How To Buy and Sale Cryptocurrency ?

Now you know what is Cryptocurrency and how it works. Let’s see how to buy and sale Cryptocurrency. There are two ways to buy Cryptocurrency, but today the easiest and most popular way is to buy them through a crypto exchange. There are hundreds of Cryptocurrency exchanges operating around the world. If we talk about India, many exchanges are operating here including WazirX, Zebpay, CoinSwitch Kuber, Coin DCX Go. In addition, there are international platforms such as Coinbase and Binance, where digital currencies from around the world can be purchased, including Bitcoin, Ethereum, Tether, and Dogecoin.

It is quite easy to buy and sell Bitcoin and other Cryptocurrencies in the country. The most important thing is that all these crypto exchanges are open round the clock for shopping. The process of buying and selling Cryptocurrency through them is also very easy. To trade and invest in crypto in Rupee, you need to register on one of the exchanges. For this, after signing up on the site of the exchange, after completing your KYC process, money is transferred to the wallet and then these digital currencies can be purchased.

Significantly, in India too, the number of people investing in crypto is continuously increasing. According to a report, there are about 15 million (15 million) active users in India who are registered with some crypto exchange operating in India. This is the reason why both the Reserve Bank of India (RBI) and the central government are strict keeping in mind the safety of Indian investors in this unregulated market. A bill has already been introduced in the ongoing winter session of Parliament to curb private Cryptocurrencies. Along with this, RBI has also given a proposal to the government regarding its digital currency.

What Is The Main Purpose of Cryptocurrency ?

The main purpose of Cryptocurrency is to fix the problems of local currencies by putting power and responsibility in the currency holders’ names. All of the Cryptocurrencies adhere to the 5 properties and 3 functions of money. They every additionally try to resolve one or extra real-world problems.