BEING JOHN MALKOVICH had an extraordinary response from critics and done SUPER-HIT business at the Box Office. In Rotten Tomatoes it has around terrific 93% ratings.

BEING JOHN MALKOVICH was nominated in the 72nd Academy Awards as many as three important categories (Spike Jonze for Best Director, Charlie Kaufman for Best Original Screenplay and Catherine Keener for Best Supporting Actress). 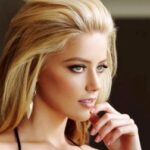