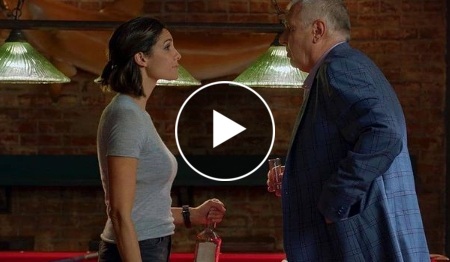 It’s a good month for NCIS Los Angeles Fans as their favorite action-packed series Season 12 began in full flow. After the early end (two episodes earlier) of Season 11 due to the Covid 19 situation, it’s a big joyful moment for fans. To make your mood more delightful we bring you 7 unseen pictures of the NCIS Los Angeles Series from Season 12 Episode 1.

Sam Hanna is a master of action is the whole NCIS Los Angeles team. You may have missed this cool helicopter scene of Sam Hanna from the 1st episode of Season 12.

Along with Roundtree now Fatima has become an important part of the team. We guessed it from the last season itself. We are expecting she will have more important roles to play in the upcoming episodes.

If you look carefully then every alternate promo in Season 12 of the NCIS Los Angeles series there is a presence of G.Callen. It gives a clear indication that this season will belong to him. We will soon see her love interest Anna Kolcheck in the upcoming episodes.

It can be understood from the below conversation scene between Arkady Kolcheck (father of Anna Kolcheck) and Densi. Hope you loved these unseen pictures of the NCIS Los Angeles series from Season 12 Episode 1. Next time we will come up with more exciting things on your way.