You have seen Baahubali – The Conclusion on screen, but today we are going to show you some such unseen pictures of Baahubali 2 behind the curtain, which you might not have seen before. These days neither films are being released nor are being shot. Just three years before on 28th April 2017, the biggest film of the history of Indian cinema was released so far.

Even before the release of this film, people had to wait for almost a year and a half to see “why Katappa killed Baahubali” ? You have seen this film on-screen, but today we are going to show you some unseen pictures of Baahubali 2 behind the scenes, which you may not have seen before.

The audience got the answer to this biggest question of 2016 and 2017 in director S.S.Rajamouli’s film Baahubali – The Conclusion. This film created a Tsunami at the Box Office upon seeing it. The name of this film is still recorded as the highest-grossing movie in the history of Indian cinema.

The total collection of Baahubali 2 is said to be more than 2000 crores. In those days, for about a month these people were seen asking each other such questions whether they saw Baahubali 2 or not ?

If someone used to say that in response to this question, if not now, people would start looking at him. Such an atmosphere was created as it became an important task for everyone to watch Baahubali 2 – The Conclusion.

When Baahubali 2 came, people were overwhelmed by the tremendous acting of Baahubali/Prabhas, Devasena/Anushka Shetty, Bhallal Dev/Rana Daggubati, Katappa/Satyaraj and Shivgami Devi/Ramya Krishnan. Even after three years, the magic of this film has not yet descended from people’s heads. There are many people who claim that they have seen this film more than 25 times. 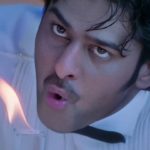