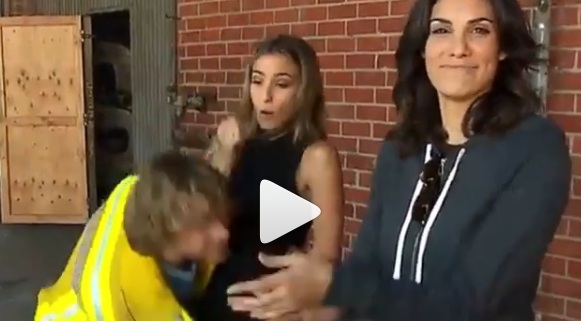 Due to the Covid-19 pandemic, one of the most popular TV series NCIS Los Angeles had been stopped. Though, the official has already announced the upcoming Season 12 with a promo. Shooting and release dates have not been finalized due to the worst pandemic condition in the United States of America. As a consequence fans getting restless and bored. So, today you will witness one unseen Densi interview from the NCIS Los Angeles series. This interview was never shown on any web media to date. The interview was taken during Season 7. It was the penultimate episode of Season 7 (Where There’s Smoke). The interview was taken by Australian entertainment reporter Renee Bargh. The funniest thing is towards end of the interview when Eric Christian Olsen (pulled up Renee Bargh) in front of Daniela Ruah (Kensi). This funny unseen Densi interview from NCIS Los Angeles is surely a catchy one. Watch it below.