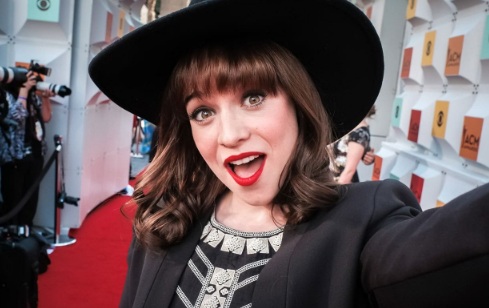 In terms of IQ, Nell is exceptional. In the episode THE FIFTH MAN, Hetty reveals that Nell has the highest level of IQ in the entire NCIS team, but it never stated what’s the actual number.

Nell Jones also looks gorgeous in the entire NCIS Los Angeles Series. In the CYBER ATTACK episode, after seeing Nell running things around the office Sam asks Callen if Hetty is brushing her for more. The unseen beautiful pictures of Renee Felice Smith are so impressive that producers pick her as a permanent character for the rest of the NCIS Los Angeles Series.

There is news spreading in the media that Nell Jones had left the NCIS Los Angeles series. But, yet now no media channel has described it the real or actual reason.

So, unless an official statement releases fans are still hoping that Nell Jones will be there in Season 12 of the NCIS Los Angeles series. Below you see one more glorious picture of Renee Felice Smith.

Former Associate Justice of the Supreme Court (United States) dies two weeks ago. Actress Renee Felice Smith gets very emotional on her death. She expressed her condolence in the following words in the social site Instagram, “WOMEN BELONG IN ALL PLACES WHERE DECISIONS ARE BEING MADE.” – Ruth Bader Ginsberg. Thank you, Ruth. We are forever indebted to you.” Ruth Bader Ginsberg was an Associate Justice of Supreme Court of the United States from 1993 until her death. President Bill Clinton nominated her during 1993. From the above words, it’s clear that NCIS Los Angeles actress Renee Felice Smith became emotional on her death.

You already know that Renee Felice Smith who is playing the character of Nell Jones in the NCIS Los Angeles series is back for Season 12. To make your excitement level up she comes up with one more funny picture on social site Instagram. Yes, once you see this new picture it will be a surprise. This is the current look of Renee Felice Smith. She wrote on Instagram, “Current lewk, HAUNTED”. Let’s check her latest picture below.

Actress Renee Felice Smith once again came up with a brand new picture from NCIS Los Angeles Season 12. You already know that NCIS Los Angeles Series (Season 12) will premiere on 8th November 2020. So, Nell Jones (a character played by Renee Felice Smith) completed her back to back shooting and posted in the social media Instagram in the following words and one lovely new picture. She posts, “yesterday, I did 12 pages of material while block shooting, which essentially means the scenes were filmed “back to back”. And here is the last take of the day where I’m actively trying to remember how to pronounce my own name WE PREMIERE NOV 8 ????????”

As the day coming closer to NCIS Los Angeles Season 12 premiere (8th November) actress Renee Felice Smith coming up with one after another beautiful picture. Her latest picture in a blue dress (where she is showing support for the LGBTQ community) is simply outstanding. Fans have gone crazy with her latest picture.