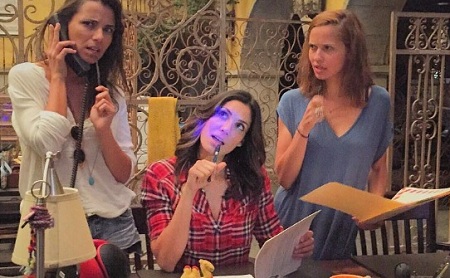 Unrevealed Images Behind The Sets Of NCIS Los Angeles Series – Season 7 of the NCIS Los Angeles series was one of the most entertained ones. From action to drama to romance to emotion to comedy, everything was available in that season. The trio of Kensi-Deeks-Talia fully entertained all. But, have you ever thought how difficult was for the actors to shoot during the sets. Especially, those blast scene. Yes, there is a camera work still you need to perform so that it looks actual to the viewers. Today, you will figure it out some unrevealed images behind the sets of NCIS Los Angeles series from Season 7. These images you may not have seen earlier or you have seen rarely. It was during the shooting time behind the sets. Fans are hoping that at some point in the year shooting for Season 12 will begin. Meanwhile, you watch these are images of NCIS Los Angeles Series behind the sets.