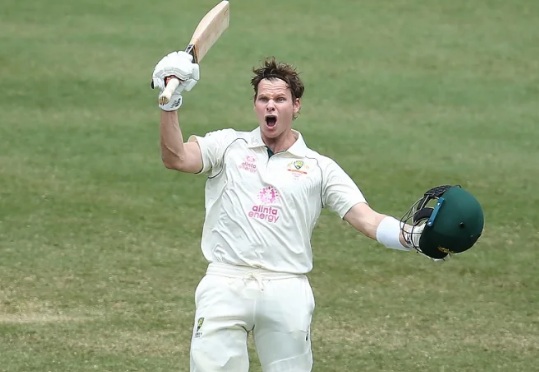 The 32-year-old during the third Test against Pakistan in Lahore to reach the milestone and take possession of a record held for 12 years by Sri lanka’s mastreo Kumar Sangakkara.

Kumar Sangakkara reached the mark in 152 innings, while Steve Smith made the grade in his 151th.

India’s Sachin’s Tendulkar is the third fastest in 154 innings.

Smith also passed the legendary Garry Sobers’s 8,032 Test runs. It took Smith 85 Tests to do so, while Sobers needed 91.

The 32-year-old’s heroics at the Ashes in England few years ago saw him widely labelled the best since Bradman, considered Test cricket’s greatest ever, when he scored a mammoth 774 runs in just seven innings.

In an insight into Smith’s determination to be the best, he said after missing out in Brisbane that he punishes himself when the runs do not flow.

“I always punish myself when I get no runs, just like I reward myself when I score runs with a chocolate bar at the end of the night if I get a hundred,” he said. “So yeah, if I get no runs I always like to have a run or go to the gym or do something just to give myself a bit of a punishment.”

Steve Smith still has 5 other Australian players above him in total Test runs scored. Matthew Hayden (8,625) is his next target, but he has a mountain to climb to reach Ricky Ponting, who amassed 13,378 runs in his 168 Tests.