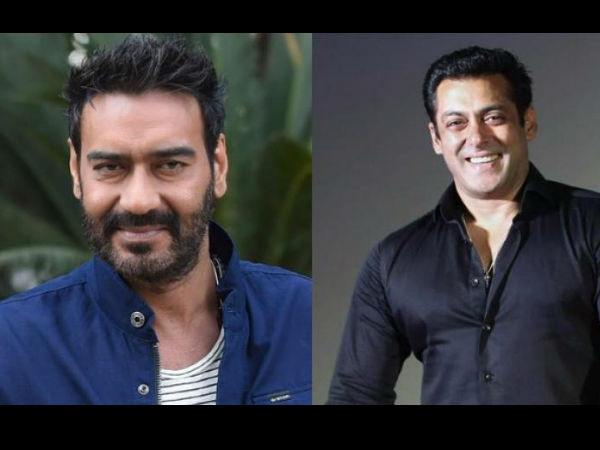 Salman Khan and Ajay Devgn’s pair will once again appear on the screen. Yes, that too Rohit Shetty’s upcoming movie which can be announced at the end of 2020. It is possible that the film may take more than a year to release. This film will be a remake of Satte Pe Satta. Initially, Anushka Sharma’s name was to be associated with Hrithik Roshan and Shahrukh Khan from this film. But due to the delay, Ajay Devgn first appeared to save his friend Rohit Shetty. Those previously denied this story. Now another big name is going to join that’s none other than Sultan of Bollywood – Salman Khan. Yes, you heard it right there is a possibility that Salman Khan & Ajay Devgn together In Rohit Shetty’s next movie. According to media reports, Salman Khan has been offered the film after Ajay Devgn. This film will be produced by Rohit Shetty and Farah Khan together. Both have been informed about the film’s story and role. Salman Khan has been giving priority to selected projects only for some time. At the same time, there are many back to back films in the account of Ajay Devgn.

If this happens, after a long time Ajay Devgn and Salman Khan will be part of a film together. 11 years ago both Salman Khan and Ajay Devgn worked together in London Dreams. Fans will be very happy to see them again as there is a strong friendship between Salman and Ajay. Both actors wished each other on their respective Birthday which itself speaks the bond of their Friendship. As of now, no firm information has been revealed by Salman Khan in this regard. Salman is listening to the script of the film these days. According to the report, the friendship between Ajay and Rohit Shetty is good. For the past two years, Rohit and Farah have been worried about casting the lead character in films. In such a situation, when Ajay was approached again, he agreed to it. This year has been very important for Ajay Devgn. On the one hand, where Tanhaji the Unsung Warrior has been huge BLOCKBUSTER, he will soon start shooting for Golmaal 5 along with Rohit Shetty. Meanwhile, a female lead will be on the lookout for power on Satte Pe Satta remake. Then Ajay Devgn will lock his dates. If Salman Khan & Ajay Devgn together in Rohit Shetty’s next movie screened then it can become one of the most awaiting movie in recent times.