Baahubali : The Beginning and Bahubali 2 : The Conclusion starring Prabhas have been game-changers for Indian cinema. Bypassing cultural and language barriers, both films have also performed well internationally, including at the Indian Box Office. The actor has continued his success with Saaho (2019), a trilingual action-thriller. According to the latest report, the distribution rights for his two upcoming films may be higher than his previous films. A source close to the production team of one of his upcoming films told that distributors in Northern India have offered big bucks to producers given the success of their previous films in the region.

According to sources, “Prabhas is one of the most liked superstars and his number of fans not only in South India but also in North India were countless. His films, Baahubali series and Saaho have been box office Hits. And the Hindi rights of both films were sold on a large scale of 50 crores and 70 crores respectively.

According to sources, “The information related to the current project of Prabhas is still kept secret. However, even before its release, various distributors in the northern market bought the rights to the film in a huge amount compared to their previous two films. Took a keen interest in.” 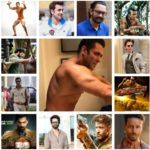