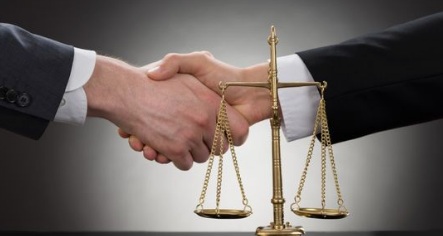 According to Section 2 (1) (a) new definition of Arbitration under Arbitration & Conciliation Act, means any arbitration whether or not administered by permanent arbitral institution. Law encourage parties, as far as possible, to settle their differences privately either by mutual concessions or by the meditation of a third person litigation is an evil, albeit necessary, and, being also very expensive, law wishes it to be kept to the minimum. When the parties agree to have their disputes decided with the meditation of a third person, but with all the formality of a judicial adjudication, that may be, speaking broadly, called an arbitration.

An arbitration, therefore, means the submission by two or more parties of their dispute to the judgment of a third person, called the “arbitrator”, and who is to decide the controversy in a judicial manner.

An arbitration is the reference of a dispute or difference between not less than two parties for determination, after hearing both sides in a judicial manner, by a person or persons other than a court of competent jurisdiction.

“Arbitration” is thus defined by ROMILLY MR in the well known case of Collins v Collins, 28 LJ Ch 186: (1858) 26 Beav 306, “An arbitration is a reference to the decision of one or more persons, either with or without an umpire, of a particular matter in difference between the parties.”

On the facts of that case the parties to a sale wanted the price to be determined by a third party. Holding that this was not an “arbitration”, ROMILLY MR said in following words:

Undoubtedly, if two persons enter into an agreement for the sale of any particular property, and try to settle the terms, but cannot agree, and after dispute and discussion respecting the price, they say “we will refer this question of price to A B, he shall settle it’, and thereupon they agree that the matter shall be referred to his arbitration, that would appear to me to be an ‘arbitration’ in the proper sense of term.

But if they agree to a price to be fixed by another, that does not appear to me to be an arbitration. Valuation undoubtedly precludes differences, in the proper sense of the term, it prevents differences, and does not settle any which have arisen. That is the distinction between ‘appraisement’ and ‘arbitration’.”

A clause dealing with claims relating to questions arising during execution of the contract has been held to be not a clause for arbitration. Where a clause in a contract between the appellant State and the respondent contractor provided for decision by the Superintendent Engineer and reference to the Chief Engineer on questions relating to specifications, designs etc. and the respondent invoked jurisdiction of the two authorities under the clause and later being aggrieved by their decisions sought arbitration under Section 7 of the M.P Madhyastham Adhikaran Adhiniyam, 1983, it was held that the respondent was not precluded from seeking arbitration under the Act. The High Court rightly dismissed the appellant’s revision petition.