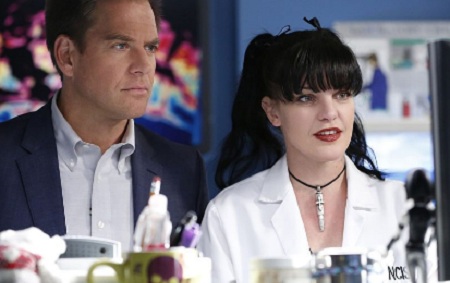 It’s been a while since very special agent Di Nozzo joins the NCIS team on a case but Michael Weatherly is working on a brand new show with Cote De Pablo (Ziva David). So here’s what we know it’s called MI a takes place in Miami and they’re hoping to shoot a pilot episode sometime soon. He promises the new project will make NCIS fans pretty happy. Though you have read earlier whether Pauley Perrette will return to Season 18 of the NCIS series or not. But, actor Michael Weatherly reveal new things about Pauley Perrette’s exit from the NCIS series.

NCIS series came back this season without fan favorite character Abby Sciuto played by actress Pauley Perrette. She played the role of Abby for 15 seasons on the crime drama. She left the show in early 2018 but according to Michael Weatherly, this isn’t the last we’ll see of Pauley Perrette. Both she and the NCIS franchise will be a-ok.

Here is what actor Michael Weatherly said on Pauley Perrette’s exit from the NCIS series, “You have this magnificent world of NCIS’s and so I think that it’s already been proven. It can work you know how long everybody wants to do it. I have no idea but I know that Pauley Perrette will be back. I’m just saying and I think she’s gonna be. I think everyone misses her already. She’ll be back and funnier than ever. She’s a fierce lady and one of my favorite people on the planet.”