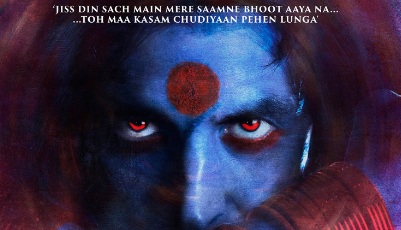 Ever since theaters closed due to the Covid-19 pandemic target audience gets restless in the absence of quality movies but there is good news for fans as Akshay Kumar’s upcoming movie Laxmmi Bomb trailer is an absolute smasher.

Reiterating his love for the number nine, Bollywood Superstar Akshay Kumar has announced the release of his new film ‘Laxmmi Bomb’. The film is going to release directly on OTT on Monday in the week of Diwali. The film was earlier scheduled to be released on 9th September.

Disney India, which decided to release seven Hindi films directly on OTT simultaneously, has decided to release the remaining three films after Alia Bhatt’s ‘Sadak 2’ with a little pause. Disney Plus Hot Star has announced the release of its much awaited film ‘Laxmmi Bomb’ on 9th November.

Industry experts consider the reason behind the release of the ‘Laxmmi Bomb’ to move forward and the anti-Internet environment in the Hindi film industry in recent times. However, people of Disney Plus Hotstar are informing the Indian Premier League, the main reason for this in an informal conversation. Every year, films have been overshadowed and during the IPL days, big films rarely reach theaters.

Though, from the last few years this particular excuse has diminished from Indian Box Office.

According to the information, due to the IPL started on September 19, Disney Plus Hotstar has postponed the release of the Hindi film ‘Laxmmi Bomb’ made by its own subsidiary company Fox Star India till November. With the move to this film, the release of Ajay Devgn’s production company films ‘Bhuj: The Pride of India’ and ‘The Big Bull’ has also been pushed forward.

Laxmmi Bomb Remake Of Which Movie

So far whatever scenario is there for Indian cinemas Laxmmi Bomb will release in the OTT platform itself. Now fans are guessing how to download the full Laxmmi Bomb movie. So, Laxmmi Bomb full movie download will be available at the Disney Hotstar platform from the next day after Diwali.

In overseas Laxmmi Bomb might release directly in cinemas instead of OTT. Top overseas markets like the USA, Canada, United Kingdom, Gulf, Australia and New Zealand where cinemas have already opened, Laxmmi Bomb should release it.

Now, the latest news arrived from the overseas market is that Akshay Kumar’s Laxmmi Bomb will release across cinemas in Australia, New Zealand and UAE simultaneously on 9th November (Diwali Day) 2020.

There are still 2 months to go. How will be the Covid 19 situation in those key markets in Overseas is still unknown to anybody. Australia and New Zealand will get proper release as Covid 19 effect is very minimal there.

Dil Bechara released a few weeks ago in overseas and it put up less than 50K US Dollars. As an Akshay Kumar movie, it’s expected to cross this figure with Laxmmi Bomb no matter how worse the situation in overseas. Diwali festival will also boost this chance.

Before the release of Laxmmi Bomb trailer, it’s motion poster was already released. Akshay Kumar’s new movie Laxmmi Bomb motion poster already created a record in social sites. With 21 Million views in less than 24 hours from all major social sites including Youtube, Twitter, Facebook & Instagram. This will be a crucial part of the Laxmmi Bomb review.

Akshay Kumar’s current manager Reshma Shetty a few days ago involved in the Sushant Singh Rajput’s case investigation. But, that controversy won’t make any effect on the Laxmmi Bomb review once it’s released on Diwali.

We have seen last month how Sadak 2 movie review hits the dust due to Mahesh Bhatt and Rhea Chakraborty alleged in the Sushant Singh Rajput murder case. Rhea Chakraborty had been already arrested. Many more may follow soon.

Coming back to the Laxmmi Bomb review, this will be the first Akshay Kumar movie in OTT. Digital platform expecting super positive reviews from this movie. It’s a remake of Super Hit Tamil movie Kanchana. So, there is every chance of a positive response from the audience.

So wait is over for Akshay Kumar fans. Here is the exclusive Laxmmi Bomb trailer below.