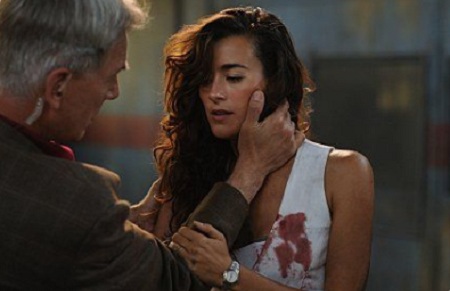 For the last few months, there is a new rumor spreading in the media channels regarding the two topmost actors of the NCIS series. It’s Cote De Pablo and Mark Harmon. Fans were curious to know if Mark Harmon in a relationship with Cote de Pablo ?

According to the former NCIS lead actress Cote De Pablo, “He’s a friend and mentor. He’s always like a father figure to me. Obviously, Ziva and Gibbs have that but Cote De Pablo and Mark Harmon of a little of that. He’s a very busy famous man and so obviously there are many months where you just don’t talk.”

Actress Cote De Pablo also describes her friendship with Mark Harmon in her own words, “It’s really nice to know that sometimes when you have friendships and certainly in the family that’s a given, you can go time without talking but you’ve laid a solid foundation. From that foundation, you can really go anywhere. You can go years without talking. You can go. Really heavy-duty things can happen. Then all of a sudden you’re back and then you pick up where you left off. I have that. I have that with a lot of people I’ve worked with, certainly with Mark Harmon and Michael Weatherly.”

Talking about actor Michael Weatherly, people also curious to know whether actress Cote De Pablo married him or not. It had been discussed here. NCIS’s favorite female character also explains why both Mark Harmon and Michael Weatherly are so special to her.

She explains in the following words, “Their relationships are very special for many reasons because they’re forged in the heat of pressure at times. You’re having really great days and at times you’re having very challenging days. You’re sick and no one is there for replacement. It’s funny. A person can take the day off and that’s fine. But for Mark, he can’t take a day off because he’s Gibbs. Who’s gonna play Gibbs ? He’s gonna play the notes. No one can do your job and you have to come up.  Sometimes you’re hurting because obviously it’s ten months a year that you’re shooting and so we went through something incredible which were years of working closely together. Like I said we were forged in fighting a fire. It’s like plutonic. It’s intense.” You can also check here why did Cote De Pablo leave the NCIS show.