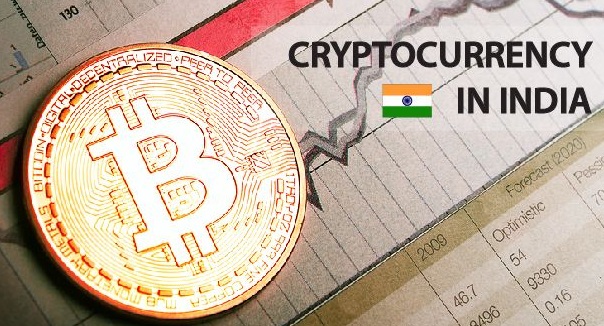 Is Cryptocurrency Legal In India ?

Although many countries have legalized Cryptocurrency, the stand of the government in India is not clear. The main question that arises among people is Cryptocurrency legal in India ? The government is considering regulating it. At the same time, it is completely banned in many countries. Gaurav Garg, Head of Research, Capital Via Global Research Limited, explains that Satoshi Nakatoshi came up with the concept of Cryptocurrency to overcome the recession of 2008. To get out of the recession, companies gave loans, but its processing used to take 10 percent. Only 90 percent of the amount could reach the borrower. Because of all these shortcomings, Cryptocurrency was born. In which there is no processing fee of any kind. Anyone can transact through it from anywhere. Gaurav says that it is a bit difficult to regulate it.

Regarding this topic is Cryptocurrency legal in India for 2022 Kshitij Purohit of Capital Via itself says that Cryptocurrency is neither banned nor kept completely open in India. India is planning to introduce a new law for the trading of Cryptocurrencies. However, the Reserve Bank had demanded a ban because of the fraud. But Cryptocurrency exchanges sued and won in March 2020.

Since there is no agency in any way in Cryptocurrencies, there is no arbitration. In such a situation, it is a little difficult to regulate it. Yes, even if it is regulated, it is even more difficult to bring it under the legal framework. The reason behind this is that this currency cannot be tracked. If there is no boundation, then not only the government but the whole world will need a global body like WTO, WHO to regulate it. Because it is not like the stock market where, in order to trade, the information of the investors has to be given. This is an open market.

Can A Person From India Buy Cryptocurrency ?

Yes, very easy. Because it does not require any kind of paperwork. Everything is online. If the whole market is open, then anyone can buy this currency anywhere. Yes, but some banks do not allow the business of buying Cryptocurrencies in exchange for money at present, because it is not fully regulated in India.

What Does It Mean For The Government To Create Its Own Cryptocurrency ?

Last month, the RBI and the Finance Ministry have said that they will consider making laws for India’s own digital currency and its regulation. But bringing India’s own digital currency is easy. The government will only have to give the status of a legal tender to any kind of transaction, which can be used by the people of India. Union Finance Minister Nirmala Sitharaman has made it clear that the government does not plan to ban Cryptocurrency completely. In fact, the government wants to protect blockchain technology based on Cryptocurrency. Experts say that issuing digital legal tender is challenging.

Every coin has two sides. Legal and illegal happens in every business, but it is less so in Cryptocurrencies. But it cannot be denied either. Since crypto is based on blockchain, it has 50 percent, right people. 20-25 percent will be in it with bad intentions. But as people increase, there will be manipulation, then fraud use will also decrease. There are 80 lakh investors in India. 10 thousand crores are the amount of investment.

Its biggest disadvantage is that it is a virtual currency and this makes it a risky deal. There is also a fear of this currency being used for illegal purposes such as the supply of drugs and illegal trade in arms. There is always a risk of a cyber attack on it. It is a virtual currency, so illegal business can be done through it. People want to avoid the government. It can be hacked. Stolen debit, credit cards can be bought, they can be used to promote terrorist activities. That’s why the government wants to regulate it.

What Is The Status of Cryptocurrencies In Other Countries ?

The mining of Cryptocurrencies is banned in countries like China and Thailand. When China imposed the ban, the rates of bitcoin fell sharply. After that, it has now been banned in Thailand as well. The Thai Securities and Exchange Commission (SEC) has banned Cryptocurrencies and non-fungible tokens (NFTs) over concerns about excessive betting. The biggest work is being done in Russia. To manage Cryptocurrencies, there are 50-50 square feet warehouses where the Cryptocurrency business is being managed from supercomputers. You can also check here how Cryptocurrencies work.