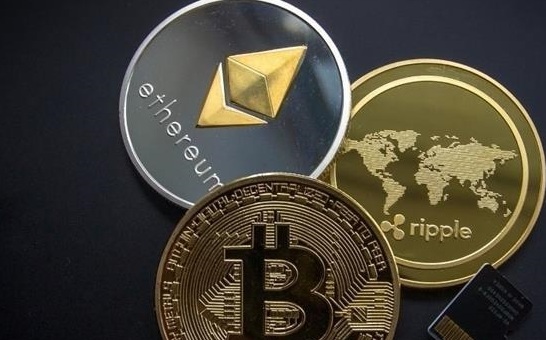 Nowadays there is talk of Digital Money that is Cryptocurrencies everywhere. Everyone is running after this. But the question is what happened which has become a topic of discussion all over the world. Actually today it has become the strongest currency of the financial market, so everyone wants to invest in it. Everyone needs digital money in digital time. That’s why today we will tell you about this world-famous Cryptocurrency and how many types of Cryptocurrency are there ?

If seen, there are many Cryptocurrencies but there are only a few of them which are performing well and which you can use apart from Bitcoin.

If we talk about types of Cryptocurrency and not talk about Bitcoin then it is not possible at all. Because Bitcoin is the first Cryptocurrency in the world which was created by Satoshi Nakamoto in 2009. It is a digital currency that is used to buy goods and services online only. It is a decentralized currency which means that there is no hand of government or any institution on it. If we talk about today, then its value has increased a lot, which is now around 13 Lacks, the value of a coin. From this, you can find out about the importance of its presence.

Like Bitcoin, Ethereum is also an open-source, decentralized blockchain-based computing platform. The name of its founder is Vitalik Buterin. Its Cryptocurrency token is also called ‘Ether’. This platform helps its users to create a digital token, with the help of which it can be used as currency. Recently a hard fork has split Ethereum into two halves, Ethereum (ETH) and Ethereum Classic (ETC). It is the second most famous Cryptocurrency after Bitcoin.

Litecoin is also a decentralized peer-to-peer Cryptocurrency which is open-source software released under the MIT/X11 license in October 2011 by Charles Lee who was previously a Google Employee. Bitcoin has a big hand behind its creation and many of its features are dangling from Bitcoin. Litecoin’s block generation time is 4 times less than that of Bitcoin. Therefore, the transactions in this are completed very quickly. In this, the Scrypt algorithm is used to do mining.

The story of the formation of Dogecoin is quite interesting. It was compared to a dog to mock Bitcoin, which later took the form of a Cryptocurrency. The name of its founder is Billy Markus. Like Litecoin, Scrypt Algorithm is also used in this. Today the market value of Dogecoin is more than $197 million and it is accepted by more than 200 merchants all over the world. Mining in this also happens very quickly as compared to others.

Tether is the largest stable coin with a market cap of $78 billion as of January 17th. It uses the blockchain technology of Bitcoin. Stablecoins reduce volatility pegged to the US dollar and euro, and are one of the most popular options for those looking to invest in Cryptocurrencies but are reluctant to face volatility.

This Cryptocurrency is the parent Cryptocurrency of the Binance crypto exchange, the world’s largest exchange by volume. Binance was only launched in 2017 but expanded very rapidly by facilitating trading on its platform. The crypto has come a long way from its price in 2017 which was just $0.10 which increased on 3rd January 2022 to 5200%. Binance (BNB) is ranked fourth with a market cap of approximately $80 billion.

Lately, Solana has been facing a downtrend, but Crypto ranks third on this list due to its huge achievement in 2021. SOL has proven itself to be one of the fastest-growing Cryptocurrencies in the market. Furthermore, there can be no disagreement that SOL is the biggest competitor to Ethereum. According to reports, the SOL token is up by 13,662% in 2021.

Ripple was released in 2012 and is based on distributed open-source protocol, Ripple is a real-time gross settlement system (RTGS) that runs its own Cryptocurrency which is also known as Ripples (XRP). It is very much and famous Cryptocurrency and has an overall market cap of around $10 billion. According to their officials, Ripple provides users with “secure, instant and nearly free global financial transactions of any size and without any chargebacks.

The prospects of this year can be considered very good. And experts believe the credit goes to Ethereum. The crypto is all set to transition to the ETH 2.0 version, which relies heavily on layer-2 solutions like Polygon. It may also indicate that the polygon has an edge to experience a price increase, and is a good option to buy and hold. You can also check here which Cryptocurrencies were legal in India.