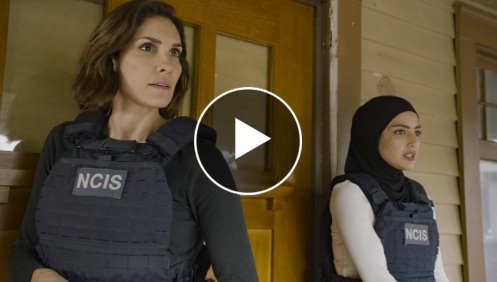 It was a long wait for fans. Ever since the Coronavirus pandemic started in early 2020, most of the countries forced to call lockdown. As a result, NCIS Los Angeles Season 11 stops few episodes earlier. But, makers have started the filming for the remaining episodes of Season 12.

Ever since the first promo came from Season 12 of NCIS Los Angeles, more or less it’s confirmed that Sam Hanna will play a big role in Season 12.

But, real inclusion is Nell Jones. It also ends the false rumor from some copy-pasted web portals that she is leaving the show. We had said this long ago that Nell Jones is confirmed for Season 12.

One more rumor also vanished with this fresh picture from Hetty Lange. Yes, the captain of the team is also coming back with an important storyline behind it. Though everyone wants to know where is Hetty Lange in NCIS Los Angeles.

Apart from Hetty Lange, Sam Hanna and Nell Jones other lead cast also ready to explode in the new episode. Callen and Densi (Kensi & Deeks) along with Fatima and Roundtree will entertain you in the new episode with a thrilling story.

We had said earlier that Fatima can play a crucial role in the upcoming Season 12. So, here it is, catch the below promo exclusive from NCIS Los Angeles Season 12.