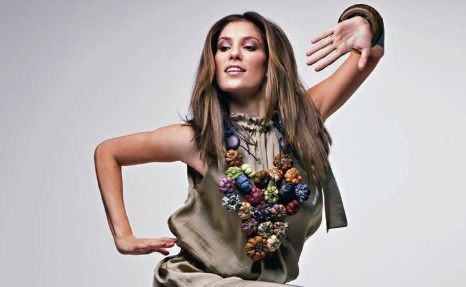 Daniela Ruah is one of the directors of one of the RTP1 telefilms of the saga “Contado por Mulheres”. After making her debut behind the camera in “Criminal Investigation”, in the United States, the actress directs “Os Vivos, o Morto eo Peixe Frito”. In an interview with N-TV recently Daniela Ruah reveals her passion for the new direction.

It is in the historic center of Torres Vedras that, returning from the United States, Daniela Ruah has been recording these days the telefilm “Os Vivos O Morto e o Peixe Frito”, one of the telefilms that RTP1 will premiere and that is part of the batch of 60-minute films of “Contado por Mulheres”, which bets on directors such as Cristina Carvalhal, Anabela Moreira or Maria João Luís, episodes of the series “Criminal Investigation”, in which the agent “Kensi” stars.

Daniela Ruah Reveals Her Passion For The New Direction

“I learned a lot from the making of the episode, but I had already learned a lot as an actress. When I started directing, in the United States, it was a bit pushed by several friends, one of them Diogo Morgado”, recalls the actress, in an interview with N-TV. “With the women’s empowerment movements, there is no room for us to take that step, without having people to give us back. To seize this opportunity, it had to be now”, adds Daniela Ruah, who justifies herself : “Producers like to work with those they know and trust. Producer Ukbar created this ‘Contado’ project to give women opportunities to be part of this medium. All of us are either actresses, or we come from advertising, we even have a ballerina. In the United States, I still thought about taking a course, but a friend told me: ‘Open your eyes! You live inside a film school. Same! Sit down with the editor, with the cameras and understand why what they do is important’. I started to understand it much better and today I’m able to take advantage of all these talents to enrich what I’m doing.”

Married to stunt expert David Paul Olsen, the actress confesses that, after having pushed her to present the Eurovision Song Contest held in Portugal, it was also her husband who asked her what she would like to do if she wasn’t a performer: “He asked me and I was worried because I didn’t know how to answer. But now I know that if something goes wrong in my acting career and I don’t have work as an actress, I can produce my own film.”