Akshay Kumar’s Current Manager Reshma Shetty Interrogated For Sushant Singh Rajput’s Suicide – The Mumbai Police have so far questioned over 35 people in the Sushant Singh Rajput’s suicide case. On Friday, police also questioned Bollywood’s so-called talented manager Reshma Shetty. According to reports, the police questioned Reshma for 5 hours. However, what Reshma said during this time has not been revealed yet. By the way, Reshma Shetty’s statement can prove to be an important link for the police, because she is the current manager of Akshay Kumar (one of the Top Bollywood actor right now).

Reshma runs Bollywood’s leading talent management company Matrix. Under this company, she saw Salman Khan’s work for a long time and helps him in many kinds of deals. Reshma was associated with Salman Khan around 2009-2010, after which co-incidentally his film graph and Box Office were both gone supreme high. Though it doesn’t cancel any credit from Salman Khan’s style and Box Office pull. Salman Khan’s Being Human Camp is also the idea of Reshma Shetty. Reshma also handles celebrities’ film schedules to their brand endorsements.

Let us tell you that in the Sushant Singh Rajput’s suicide case, Mumbai Police has so far questioned 35 people. These include Sushant’s domestic staff, manager, PR team, ex-manager, friends, girlfriends, co-stars and family. Apart from this, some former executives of Yash Raj Films, casting director Shanoo Sharma, filmmaker Sanjay Leela Bhansali, Shekhar Kapur has also mailed his statement. Now Kangana Ranaut can also be questioned. Karan Johar’s CEO has also been interrogated in this matter. With the interrogation of Reshma Shetty, some new facts might arise. Since Akshay Kumar’s current manager Reshma Shetty (formerly with Salman Khan) interrogated for Sushant Singh Rajput’s suicide, let’s hope both these top actors were not involved in these matters. They shouldn’t as per their career peak.

Most Popular Actress In Bollywood For May-June 2020 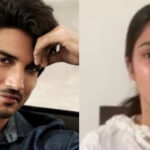