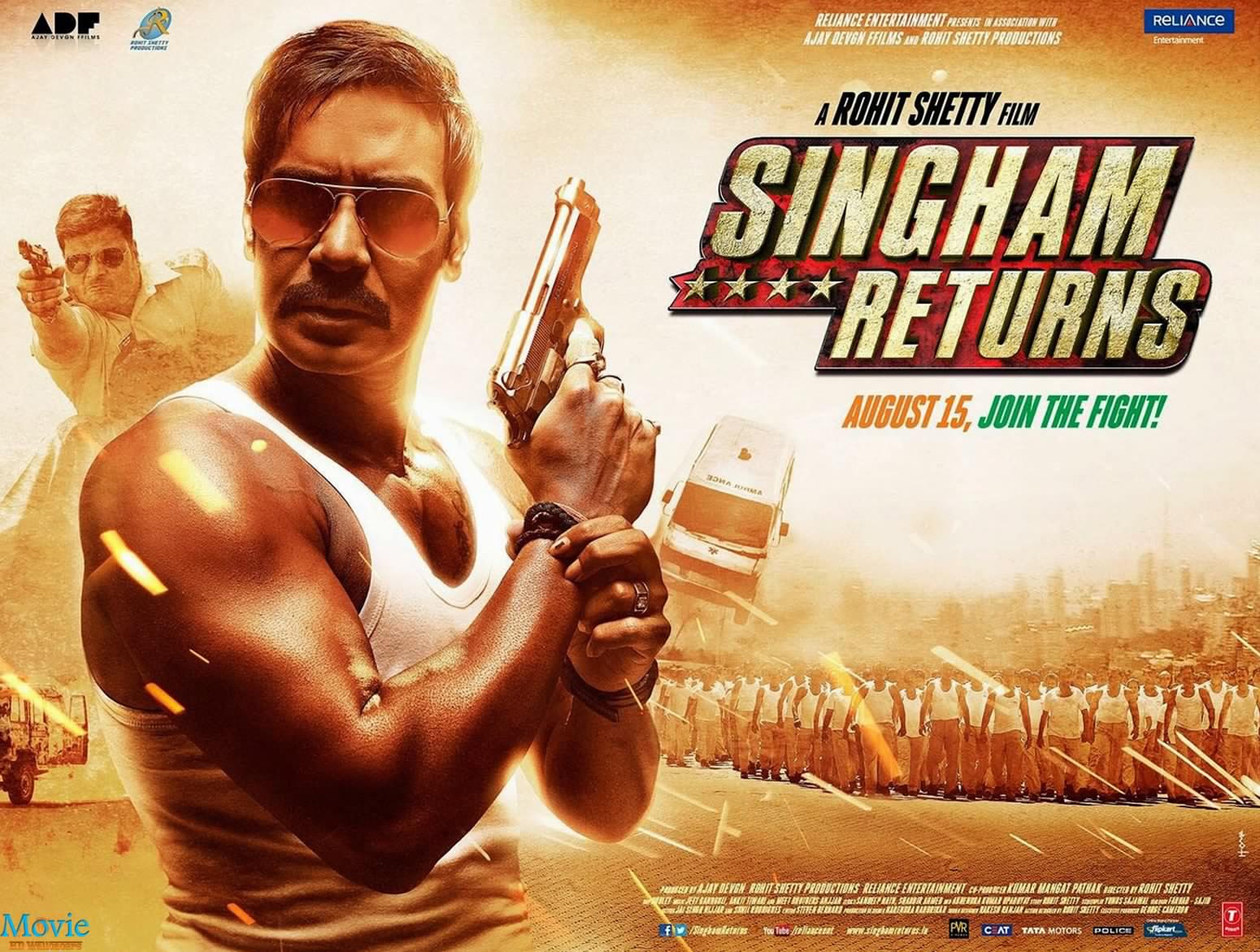 Singham Return (Released 5 years ago) was the Biggest All Time opener in CP Berar, Rajasthan and Central India at that time. These all were the key mass circuits of India. In Rajasthan the hardcore mass centre of India, Singham Returns scored 2.40 Crores net beating the record of Aamir Khan’s Dhoom 3 (2.02 Crores net). Similarly, in CP Berar it smashed the opening of Top 3 Khans and becomes the first movie ever to open over 2 Crores net (2.07 Crores net) in this market. It beats the Top 3 records set by Aamir Khan’s Dhoom 3 (1.68 Crores net), Salman Khan’s Ek Tha Tiger (1.62 Crores net) & Shahrukh Khan’s Chennai Express (1.52 Crores net). In Central India also the same case, Singham Returns managed to put up 1.36 Crores net and become the Highest opener of this market too. The summary of those stats are below till August 2014 (all numbers were in crores).

In Mumbai, Singham returns created havoc record in terms of All Time opening. It becomes the first movie to score over 12 Crores net (12.13 Crores net) in Mumbai on the First day itself. This was All-Time record at that moment. In Bihar also it put up over 90 Lacs net on the First Day and that also was All Time Record at that point in time. Overall, Singham Returns was the ALL TIME RECORD OPENER at Mumbai, CP Berar, Central India, Bihar and Rajasthan. But, unfortunately, our so called media channels and web portals keep silent at that time as if nothing has happened at Box Office.

Singham Returns was also the first movie ever in the history of Bollywood to manage over 6 Crores Net at Ahmedabad Market (Top City of Gujarat). It put up 6.11 Crores net on First Week itself and beats the previous best of Salman Khan’s Kick (5.86 Crores net). In the Gujarat market itself, it also created ALL TIME RECORD of over 24 Crores Net at that point in time. Overall, Singham Returns was the 2nd Highest All Time net opener with 31.68 Crores Net and it falls just 80 Lacs short from the Highest All Time Opener Aamir Khan’s Dhoom 3 (Hindi Version) of 32.48 Crores Net. The ticket rates of Singham Returns were much less than Christmas Release Dhoom 3 otherwise the gap could have been much less or who knows Singham Returns may have toppled the figure of Dhoom 3 (Hindi Version) too. No, doubt Singham 3 will be one of the Biggest threats for the upcoming Box Office All Time Opening Record and Ajay Devgn fans have every right and reason to trend WE WANT SINGHAM 3.