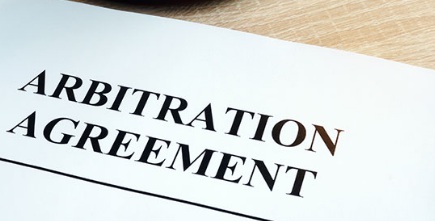 What Are The Essential Requirements Of Arbitration Agreement ?

4) Desire to submit to Arbitration.

6) The legal relationship may or may not be contractual. Legal Relationship means those which have been recognized by law or which are being recognized law. In other words new categories of legal relationship can’t be submitted to arbitration. Further it is necessary that the relationship out of which the dispute has arisen or may arise must be a legal one. That is can’t be moral, spiritual, social or familial.

a) where there is a document signed by the parties.

b) where there is exchange of letters, telex, telegrams, any other mode of telecommunication.

c) where there is a exchange of statements of claim or statement of defence – the existence of Arbitration Agreement is alleged in the claim and the existence is not defined in a defence. [Clause 4 of Section 7].

10) Clause 5 of Section 7 says that an Arbitration Agreement may also be in the form of a reference to an agreement or document containing an Arbitration Clause. However two things are essential –

a) the document which has been referred to must be in writing.

b) the Arbitration clause must form a part of the document or agreement.