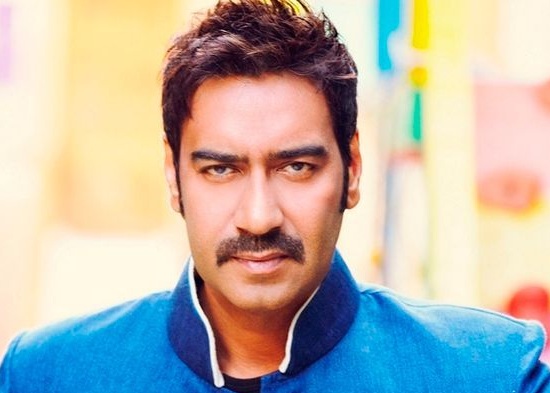 Tanaji Superstar Ajay Devgan was born on 2 April 1969 in New Delhi. Ajay Devgan made his debut in the film ‘Phool Aur Kaante’ in 1991. His golden career started after this film. Today, he is among the top SUPERSTARS of Bollywood. Ajay Devgn, who has won 2 National Awards and 4 Filmfare Awards, has also received the Padma Shri award by the Government of India. Let us tell you about the best films of Ajay Devgan’s career, which you can easily watch online. His brilliant acting and his work in these films have been highly praised. Below is the list of Ajay Devgn movies which have been either acclaimed by Critics or audience.

PHOOL AUR KAANTE (1991) – Ajay Devgn debut movie was a huge HIT at Box Office. Not only music was CHARTBUSTER, the movie too liked by the audiences. The acting of Ajay Devgn was praised too. As a result, Ajay Devgn won the FILMFARE AWARD for Best Male debut.

THE LEGEND OF BHAGAT SINGH (2002) – Ajay Devgn acting in this patriotic movie not only won heart of the audience but also critically acclaimed. Ajay Devgn won his Second National Film Award for Best Actor for this movie. He also won the Filmfare Critics Award for Best Male Actor.

DEEWANGEE (2002) – Ajay Devgn once again shows his excellence in this Suspense thriller. Ajay Devgn won the Filmfare Award for Best Performance in a Negative Role.

GANGAAJAL (2003) – Ajay Devgn movies always give inspiration and with a new story which reflects the true story of our society. Gangaajal is one of those movies. SP Amit Kumar’s character was praised by the audience in a big way. Ajay Devgn also nominated for Best Actor in Filmfare Award.

ONCE UPON A TIME IN MUMBAAI (2010) – This Ajay Devgn movie was a SUPER DUPER HIT in mass belts. The character Sultan Mirza is still remembered by people. Ajay Devgn nominated for Best Actor in Filmfare Award.

SINGHAM (2011) – Bajirao Singham is one more character that is not only remembered by everyone but also used by other movies for promotion. This Ajay Devgn movie was a BLOCKBUSTER (though one trade channel deliberately reduced the verdict without knowing the criteria, we will come into those once we start updating the previous data) in 2011. Ajay Devgn also nominated for Best Actor in Filmfare Award for this movie.

GOLMAAL AGAIN (2017) – Ajay Devgn in a comedy movie was acknowledged less among media. But, Box Office has a complete opposite reaction. Golmaal Again becomes the First comedy movie to breach 200 Crores nett mark and that too with Clash. It was also the biggest HIT of Ajay Devgn till Tanhaji – The Unsung Warrior smashed everything this year.

TANHAJI – THE UNSUNG WARRIOR – We heard many Cricket players who scored Century in his 100th match. Here, Ajay Devgn blasted Massive Double Hundred on his 100th movie. Tanhaji – The Unsung Warrior is one of those movies which is accepted universally. Practically, it’s an ALL TIME BLOCKBUSTER (if we don’t count Baahubali 2 in Bollywood/Hindi films list as per Box Office theory). The movie has set up a benchmark by scoring over 280 Crores net with clash.

There were many Ajay Devgn movies which we missed in this list but we tried our best to give a short description of his Top 10 memorable movies. From our Team Media GAB, wishing SUPER-DUPER-STAR Ajay Devgn a special Happy Birthday.